Use the Chimpanzee Pant Hoot to Rehabilitate Your Breathing and Voice

I believe that humans can benefit from producing a chimpanzee vocalization called the pant hoot. The pant hoot engages the muscles of respiration, especially the diaphragm, in a way that increases their strength and resilience. On the website for my self-care system, www.programpeace.com, I have written about how people stifle their voice and their breathing to show modesty. This creates loads of unnecessary tension in the diaphragm, which makes breathing shallow and short. The diaphragm is the muscle that contracts to push air past your vocal cords providing the power behind your speech. So weakness in this muscle is audible when you speak.  I believe that the immodest pant hoot can do a great deal to help rehabilitate this tension, the diaphragm, and the voice.

The chimpanzee pant hoot is a well-studied, long-distance call that serves as a ventilating display. It lasts several seconds (usually 5 to 10) and is used to demonstrate strength and dominance. Chimpanzees put a lot of effort into their calls necessitating powerful respiratory muscles and robust vocal cords. Males and females make the call, but high-ranking males make the loudest and longest calls and make them more frequently. The higher a chimp’s dominance rank within its party, the more intensely it pant hoots (Fedurek et al., 2014). The ones with the most powerful and agile pant hoots are those that have the most practice. Of course, the ones that have the most practice are the ones that are dominant or have been dominant the longest. They were able to develop skill because they were confident enough to show off.

Several males often use the pant hoot together to advertise the strength of their party and defend territory from neighboring groups. It is most commonly used within a single group though, especially during the presence of high-quality food or females in estrus. This indicates that it is used during social competition to designate status and priority over resources. It is also thought to be involved in sexual selection, signifying high quality to prospective mates. Basically, a spirited, bellowing pant hoot is sexy. 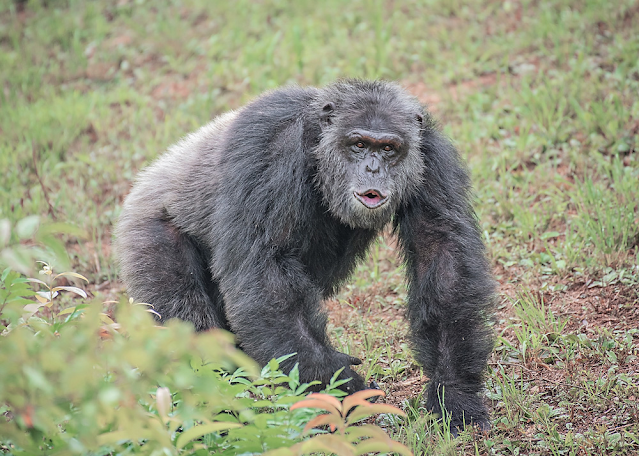 The pant hoot consists of a series of low, breathy “hoo’s” that grow increasingly loud. They often proceed through four phases: an introductory phase, a build-up, a climax, and a let-down. Here we are interested in the climax because it provides the most exercise for the respiratory muscles. When I started imitating the pant hoot, not only was it difficult to sustain, but it created a deep aching sensation in my chest. It ached so much that at first, I thought it wasn't healthy for me. After a few sessions, though I realized that the aching was subsiding, that it was becoming easier, that I could do it for longer, and that it actually started feeling good. I believe that it hurt at first because I had been holding a certain portion of my diaphragm immobile for years. 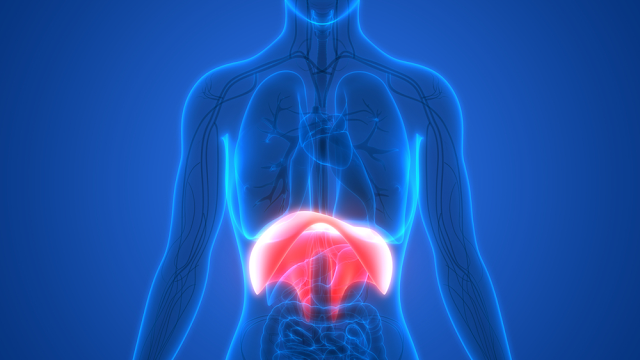 Social concerns and propriety cause us to feel awkward yelling and screaming like a chimpanzee. Not only do we not do it in polite company, but most of us don’t do it at all. Young children engaged in sports or games are often highly vocal and can be heard making rough and rugged calls for hours at a time. The most dominant children are the most vocal, and the least dominant children are the least vocal. This extends into adulthood and we all learn to become more and more modest with our voices. As we get older, the self-suppression of the vocal and respiratory muscles keeps us from exhibiting exuberance with our voices. Sadly, this even extends to our breathing.

Most experts now know that shallow breathing, where the diaphragm is used minimally, plays a prominent role in anxiety and depression. As might be expected, studies have shown that the more traumatized a mammal is, the less mobility its diaphragm exhibits and the shallower its breaths. Even mice and rats that have been exposed to stress have immobile, tense diaphragms. Chronic tension in a muscle leads to chronic pain and this is why producing the pant hoot hurt me when I started. Coughing, laughing, hiccupping, and deep breathing all engage and stimulate the diaphragm. The pant hoot though is probably the most strenuous way to rehabilitate your diaphragm. Used gradually and carefully, it may also be the most efficacious. 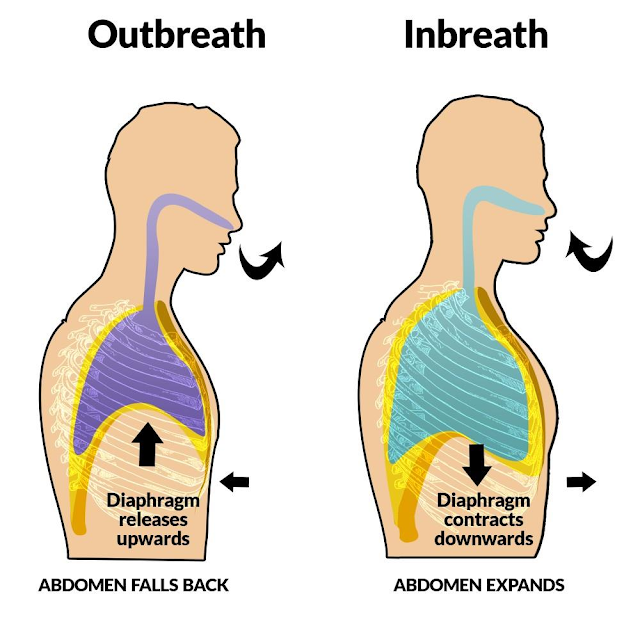 I believe that the pant hoot simulates impulsive, impetuous, devil-may-care yelling that all but the most dominant of apes have spent their lives inhibiting. I also think that dominant chimpanzees use the call to prove to others that they have spent most of their lives socially relaxed. They are putting their lungs on display and showing others that they can use their voice to lash out violently and unhesitatingly if need be. It shows that they do not have a history of victimization but rather a history of victories. You want this for yourself, and you can get it within a few months by practicing the pant hoot. Because it is probably not something you would feel comfortable doing in public, do it at home, in a closet, or in your car where you don’t have to worry about others hearing you. If you practice it enough, it will help you speak more commandingly and assertively. It will also desensitize your vocal apparatus to abrupt eruptions of loud speech, making you more charismatic, confident, and less likely to be interrupted by others. 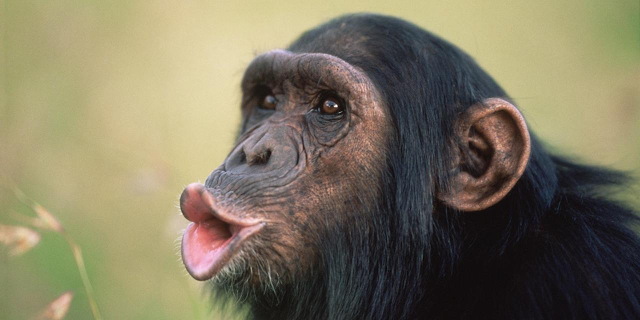 The pant hoot was popularized on the Arsenio Hall talk show in the 1990s. There it was used in a collegial, energetic way to show support for the host or his guests. The crowd would often swing their arms above their head and hoot resolutely and rowdily. The way it is done on the show is an excellent example of how I would like you to do it in the exercise below. The exercise also partly overlaps with a yoga technique called kapalbhati breathing. Exposing yourself to information about that technique will help you better recruit your diaphragm with each hoot.

The pant hoot is a power play that most of us are usually too self-conscious to use. Most of us are afraid to use the diaphragm in that way. Our lack of exercising it has created a disuse injury. Insufficient skill in coordinating the transition between rapid inhalations and exhalations is a manifestation of trauma. Building better coordination over the switch between breaths may make you a less hesitant, more confident breather. Chimpanzees perform their pant hoots daily. I want to encourage you to use it daily. Before trying it yourself, listen to a chimp perform it in the pant hoot compilation video I created below.

This video is coming later this week.

The exercise here (Program Peace Exercise 11.16) will ask you to hoot using a series of deep yells that take place while rapidly switching between inhalations and exhalations. Each cycle should last between a half and a quarter of a second. You will find that hooting is very strenuous at first yet becomes facile over just a few days. This may seem like another eccentric exercise, but remember, Program Peace is all about finding weakness in the body and rehabilitating it to find new strength, primarily when this strength is associated with dominance in closely related animals.

I believe that both humans and chimps add tension to the aspect of the diaphragm responsible for the pant hoot. They do this as part of a submissive display that self-handicaps the bark and roar, which are both generated with force produced by the diaphragm. This is why only the most dominant chimps are capable of performing an optimal pant hoot. You will know that your pant hoot is optimal when you can do it vigorously for an entire 60 seconds without any sore or achy feeling in your chest. Now, after pant hooting I feel endorphins and a tremendous sense of relief. 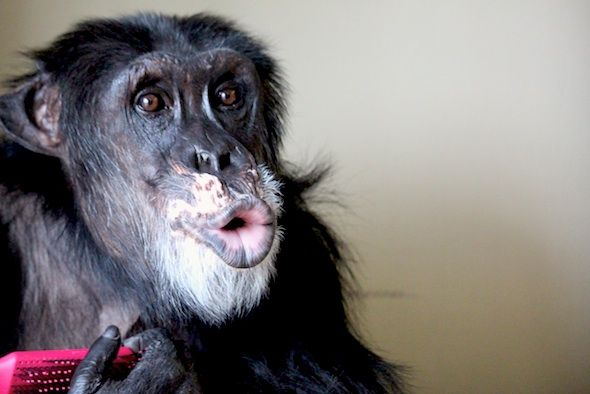 People are not just going to give you respect. For you to earn their respect you have to prove to them that you are capable of speaking forcefully and nimbly. This exercise will help you coordinate the activity of breathing and vocalizing in a convincingly powerful way. Even if you have a long history of repressing your vocal power this exercise will help you produce rapid, brisk, and spontaneous contractions of the diaphragm. People will be able to hear the stability and vitality of your diaphragm as you speak. I believe that it helped me become a better communicator and a better public speaker. I think it is worth mentioning that my ex-girlfriend liked it when I practiced the pant hoot and she showed me that it gave her goosebumps which I could see and feel on her skin. 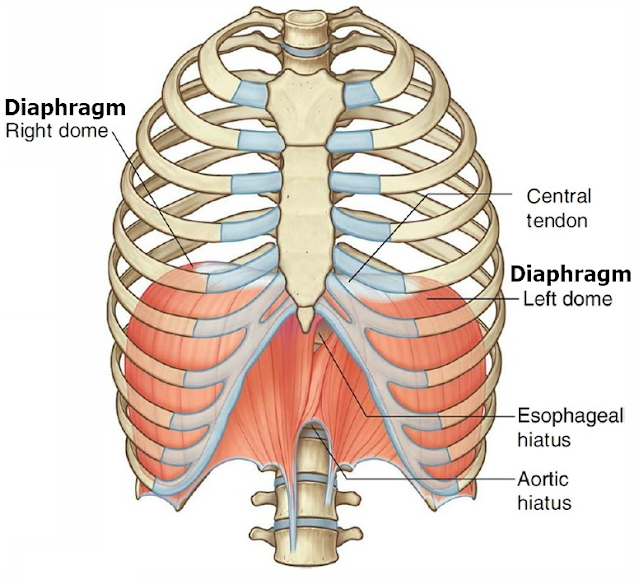 The exercise above will drive an unused aspect of your diaphragm into full fatigue, allowing it to recover from the tension you have imposed on it for years. Unnecessary tension in the diaphragm may be the root cause of fear, neuroticism, and submissiveness. Pant hooting loudly and joyfully will optimize this function of your diaphragm making it agile and powerful. I firmly believe that after just a handful of sessions, you will realize that the pant hoot achieves a diaphragmatic detox, reaching into and purging the nucleus of your anxiety. 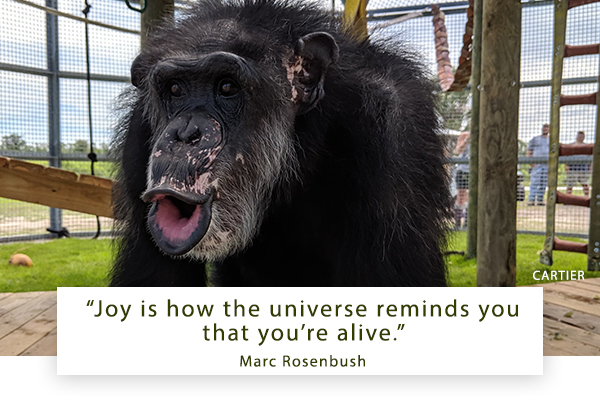