How The PFC Leads to Behavioral Inhibition 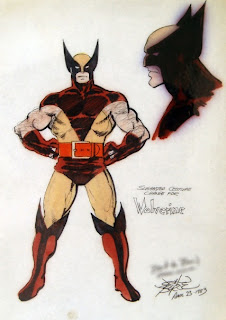 After hitting snooze this morning I had a dream that I was reading a Wolverine comic written by Chris Claremont and drawn by John Byrne. In the comic, Wolverine was confronted with a villain he was in an argument with and he was being provoked. The dream’s narrator said something along the lines of: “Wolverine had an inclination to unsheathe his claws and cleave his foe in two that moment but another impulse, to remain composed and noncombative outlasted it. This second impulse subdued the first. It won out merely because it remained firing in his brain for just a moment longer than the first.”
The PFC has cells with higher-order receptive fields that can help the brain to conceptualize abstract things like long-term goals, cost-benefit analyses and the repercussions of risky acts. Often its instructions are the opposite of what our lower-order brain systems try to impel us to do. The PFC also has cells that fire for longer. Could it be that simple? In Wolverine’s case above, could that instinctive impulse to attack have been impelling and strong but temporally more fleeting than the one that stayed his hand? If that hypothetical inhibitory ensemble in his PFC would have stopped firing earlier would he have engaged?  In humanity’s case could our culture and history be due to the fact that the brain areas that hold the more complex representations fire for just a few milliseconds longer, enabling the more complex behavioral instructions to narrowly outlast the more base ones?
Posted by Dr. Jared Edward Reser at 8:10 PM